The 3 Accelerators our clients are using to build highly profitable self-managed businesses.
This training is offered on a first-come, first-served basis.
This webclass is limited to 100 spots!

Join Dr David Dugan and the Abundance Global Team as they pull back the curtain on the strategies and frameworks they’re using RIGHT NOW to build game plans for wealth and leverage for their members.

The Main Goal Of This Workshop

To learn the exact strategy that our clients use to attract new ideal clients and grow their year-on-year net profit by 253%.

Here’s what some of our clients are achieving - and you can too! Jon
Rev up 44% and a small loss turned into a 6-figure “substantial profit”. Aaron & Bernadette
Rev up 99% and business gone from barely break even to now profitable. Deb & Jeremy
Rev up 285% and a small loss turned into a profit approaching mid 6 figures this year with directors taking home real profit.

Michelle
In just 4 months scaled team by 50% revenue growth of 16% built a business structure & working 25% less (over a day a week).​ 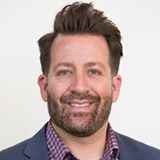 Martin
Register For The Workshop

You'll use this deal flow to effortlessly convert right fit clients and quickly become the undisputed leader in your industry.

Tap into proven marketing tactics to increase your prices so you're not just earning money, you're keeping it.

Check out what our clients have to say!

Dr. David Dugan is a world-renowned business mentor and the founder of Abundance Global.

He has personally guided over 1,700 business owners to make more money, have more meaning and create a better lifestyle to their families and themselves.

He also served 18 years in the Royal Australian Navy before retiring as a Commander. In this time, he served on deployment in the Middle East and was awarded the Humanitarian Overseas Medal for his work during the 2004 Tsunami that hit Indonesia.

In addition to the 14 years of mentoring and five tertiary qualifications in his pocket, David has also undergone in-depth training. Earning himself a number of coaching credentials including the Institute of Executive Coaching and Leadership, International Coach Federation, and being a trainer with Anthony Robbins-the world’s authority on the psychology of peak performance.Dr.